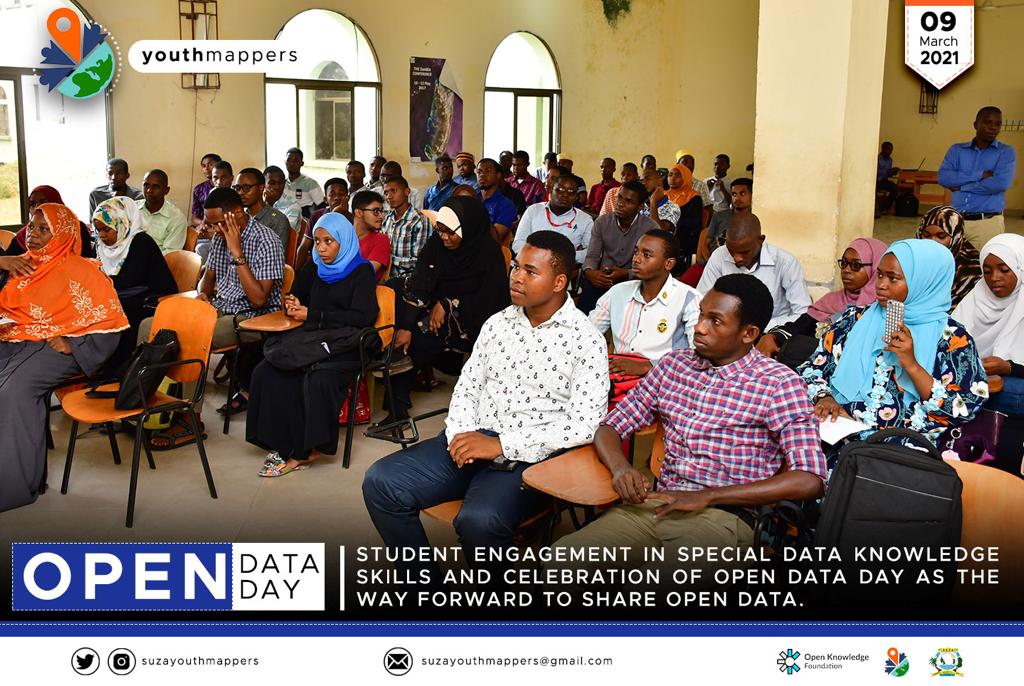 The first speaker, Jamila Mdungi, a Resilience Academy Intern and SUZA Youthmappers alumni, started with an Introduction to GIS.

The next speaker, Asya Juma, talked about the Geonode, a climate risk database. Asya is also an RA intern and SUZA Youthmappers committee member. She introduced the importance of supporting research, education and disaster-risk management practices.

Mr. Yussuf from Tanzania Flying Labs then finished with the discussion on drones and AI.

The event finished with a surprise gift from SUZA Youthmappers students to their mentor to show appreciation of the support they get from her. A wall clock with SUZA Youthmappers logo and the mentor name was printed on the display.

The event gave the students from SUZA and other universities the chance to learn more about open data and the GIS skills. It also gave us a room to transfer knowledge from students who have the skills to those who are new to the field.

Mr. Yussuf, a computer science graduate at SUZA, was a vivid example as he is now working with drones at Tanzania Flying Labs. Most of the presented data visualisations were also prepared by the students from the department of computer science and IT. So it is not only about collecting data, but also producing meaningful stories from existing data.

The students were excited about open data - all they needed was support and motivation. The Open Data Day celebration provided a platform for open data awareness to the community, and it should continue to offer more support.